This week my boyfriend and I get to celebrate our 2 year anniversary. Some quick background about us: We met in high school Freshman year, started talking our Sophmore year, and began going out the beginning on my Junior year. He skipped his Junior year and became a Senior at 15 years old. That year he graduated at 16 and left for college after the Summer. I miss him like crazy, but he loves it there, a lot. He’s not too far away, but far away enough to make it hard sometimes and to not be able to see me often enough.

While I was trying to decide on what to make for his anniversary present, a few months ago, I came across a post that talked about how letters are outdated and nobody uses them anymore. My first thought was “well, we have texting and other messaging now which means you can give an instant reply tailored for each situation as it happens. You can’t do that with letters.” Or can you? So, I did. 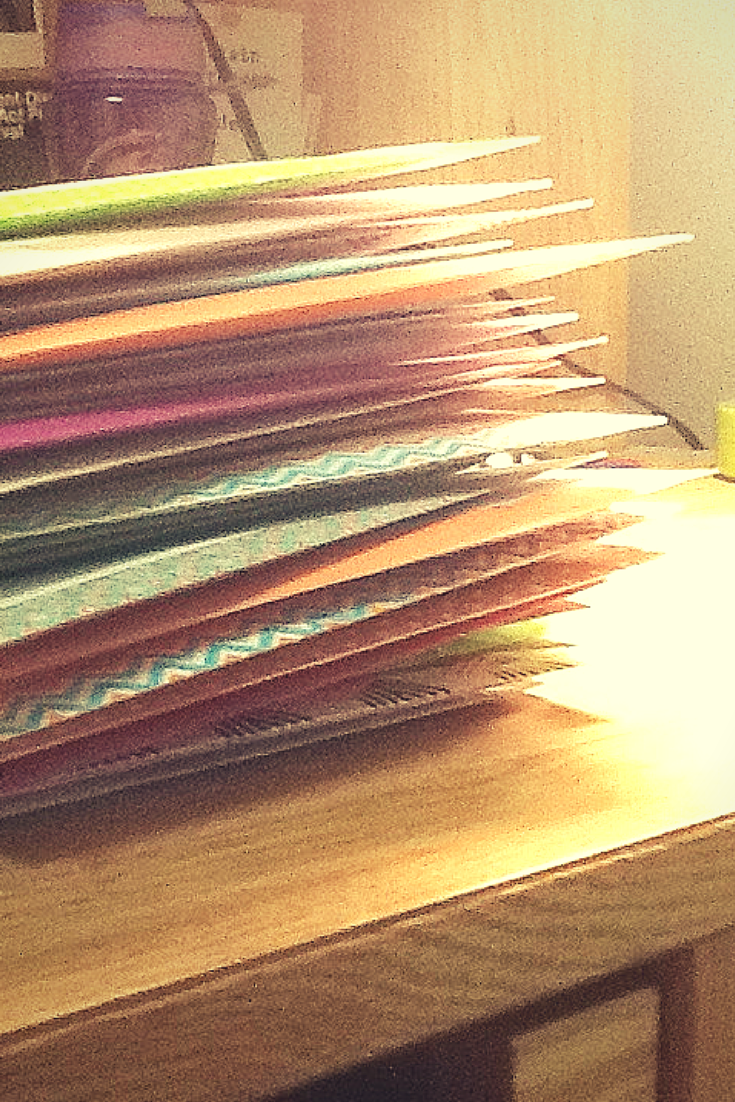 What I did was I wrote him 1 letter for each emotion I could think of, in which he would wish that I was there with him. When he’s sad, when he can’t sleep, when he’s sick, when I can’t be there for something important, when he’s proud of himself, and so forth. I made fancy stationery on my computer (combining green, his favorite color – and purple, mine) and got to work.

I made 24 letters. For the 24 months we had spent together.

Then I found an according folder organizer with 13 pockets in it, and envelopes small enough to fit 2 inside each of those pockets.

I decorated each envelope with purple, green, and a strip of colorful washi tape on the bottom to make each one unique. I folded the paper (quite a bit..) to get it inside, and sealed the envelope with a piece of pink washi tape that I drew a red heart on, so it could be easily resealed to read again later. Washi tape was my best friend!

I then made tabs on the accordion folder, labeled with numbers. Followed by a matching key on the back with which letters were under which numbers, so that he could easily find a specific letter without having to rake through all of them.

The first letter, “start here” talked about all this. It was kind of his “card” to go with the present. It explained what it all represented and that I hoped it would make me not being able to be there f0r everything easier.

The last letter, well.. I won’t spoil that here (he reads my blog) but he’ll like it, I know him.

Last night was the Saturday before our actual 2 year, which is during the week. So we celebrated by grocery shopping, making dinner together, and watching Ratatouille. He brought me roses, a gift, and I had the time of my life just relaxing and being with him. When he was reading the first letter in my present he started to tear up, and I think that’s the sign of a mission accomplished 🙂