Summer has hit, and just in time. I desperately need to catch up on sleep, but the procrastinating overachiever in me requires that I also stay very busy. Here’s a peek inside what I have planned for my summer!

The Happiest Place on Earth

I am a huge Disneyland fan. I guess the best way to put that into perspective is to say this: remember when you were little and your parents read you bedtime stories? My parents read me Disneyland fact books. No, that isn’t a joke, we still have them (and I still love them).

I’ve gone at least once every year since I’ve been born (my first trip there was when I was only a few months old) and these last few years I tend to have visited the parks at least 4 times each year. Though, I never had an annual pass.

So I did it. I put on my big girl pants and bought myself my first ever Disneyland annual pass! This is important to me in so many ways. First, it’s the first thing I’ve ever had to pay off in monthly payments myself, which will get interesting having to juggle paying that as well as my own food and living expenses when I start back at school.

Second, it’s my happy place. I’m a generally upbeat person, but I always tell my friends “you haven’t seen me happy until you’ve seen me at Disneyland.” They don’t believe it, until they go with me, then the look on their faces when I immediately start jumping around and smiling like an idiot once we enter the park is hilarious.

One of my plans for this summer is to go to Disneyland at least 5 times. If I am successful then I would have gone enough times to make buying my season pass worth it! Then all the times I go over 5 are bonus and saving me money. Count so far: 2.

Whistle While You Work

(Yes, I’m still on a happy kick from writing about Disneyland like that..) 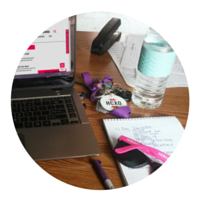 Unfortunately, all things come with a cost, including that Disneyland pass. That means money. While I’m incredibly lucky to have a steady job with a flexible schedule, during the school year I don’t tend to have much time to work more than two days a week, sometimes less, so my paychecks are really limited.

One of my biggest plans this summer is to work as much as I can and save up as much money as I can so that I don’t have to worry about going back to school and having to pay for all my own things again.

When my first semester of college ended, I realized something. My dorm room, which I had only lived in for the last 9 months, felt more like home than my own bedroom back home in which I had lived in since I was 3 years old. That needed to change.

Don’t get me wrong, my room is incredibly personalized. I have this thing where I don’t like seeing blank space on my walls. This means that I have an entire wall in my room which is completely covered in everything from pictures to posters to awards to movie or play tickets to musical playbills to fliers to CDs to Disneyland fast passes to amusement park maps to.. well.. anything and everything that I could find to plaster up there that had some sort of significance to me. The problem? I ran out of room, and it grew. Now every wall is covered floor to ceiling in stuff, which if I had taken my time and made a system for it wouldn’t have been such a big problem.. Except that the other walls do in fact have weird spaces of blank space in them and weird spaces of overlapping things. It’s a little overwhelming and unorganized.

On top of this, I haven’t updated the paint in my room since I was in 6th grade and went through a ‘beachy’ phase. We’ve all been there. I was determined to make my room the equivalent of an ocean view themed guest bedroom. It’s definitely cute, and I definitely put a lot of work into it, but after 7 years I’m ready to go to something a little bit simpler. It’s also about time that I went through my massive pile of keepsakes which I store on the shelves above my desk to get rid of more clutter.

Overall, I have a goal this summer of slowly organizing, cleaning, and updating my room to feel more like.. Me.

I don’t want to give away too much, but over the summer Dani Dearest will be going through some small changes. From font recognition to image optimization, you’ll see.

The Show Must Go On

(Are these titles getting too cheesy yet? No? Then I’m not doing a good enough job..) 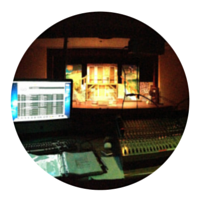 There are few things in this world that I am incredibly passionate about, theatre is one of them. Whether I’m Stage Managing or just working on deck crew as a stage hand, I love and thrive off of every second that I’m backstage.

I’m not sure what I’m doing this Summer so far as theatre goes yet, but I know I’ll do something. I think that I’m going to take a break from Stage Management, focus on my desk job and making money there, but just joining in with my favorite local theatre company to be a stage hand volunteer when they need it. That means I wont lose as much sleep!

Your turn! What are your plans for this summer? Tell me in the comments below!

One thought on “Hello Summer.”